If you are new: To obtain a trail key, first register for your free 15 day trial of Delimit Pro.
The trial is a fully functional version of Delimit Pro. After the trial expires the software will auto-downgrade to Delimit Lite.

If you have obtained a key: You can download the latest version of Delimit by clicking on Setup_Delimit_...exe below.

If you are updating/upgrading: Just download the latest version of Delimit by clicking on Setup_Delimit_...exe below and install, no need to uninstall. 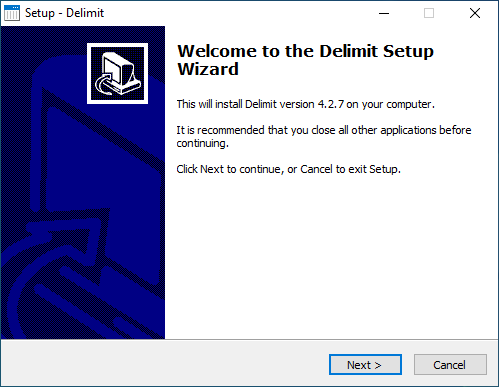 Apple MacOS not natively supported
Alternative ways to run Delimit on a Mac:

On VMware Fusion for Mac

On Parallels Desktop for Mac